When I was a freshman in high school auditioning for District Band, there was a junior who went right before me. He schlepped up to the music stand to play his etudes and looked almost bored doing so, wearing a grungy hoodie and sweatpants. Despite his appearance, he played with a mature sound and precision I was not yet capable of. I had felt ok up to that point, and immediately panicked and lost my confidence. Aside from being intimidated, a part of me wondered if sweatpants guy had some secret edge to playing well, like comfy attire and a blasé attitude, that I had somehow missed in my months of preparation.

I can’t tell you what notes I missed or what scales were called. But I can tell you that my biggest mistake, one I still remember vividly, is thinking that I was “less than,” that my voice didn’t matter, and that my preparation wasn’t “good enough” despite countless hours in the practice room honing my skills and learning new ones.

To my dearest high schoolers auditioning in rounds 1 and 2 of All State this week: ignore sweatpants guy. There is no secret sauce or magic formula to playing well, nor is there anyone or anything that you should fear. There is zero room for second-guessing, and nothing to be gained in panic and nervous comparison.

The work is done, the music is solid. Now go, play your guts out, and SLAY.

How to Clean the Mouthpiece

The BEST Apps for Beginners

Kick canker sores to the curb

How to Clean the Mouthpiece

The BEST Apps for Beginners

Kick canker sores to the curb

A Few of My Favorite Things 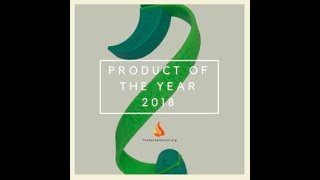